Pen drives, hard disks, all storage devices not coming inside the computer are mostly categorized into USB Devices. Presently, pen drives and external hard disks have been part of our life just like smartphones. But have you ever checked that the pen drives storage capacity is different to that of the promised space by the manufacturer? Let’s take an 8GB pen drive and after plugging it into the computer, you’d notice that it only has 7.46 GB total space. 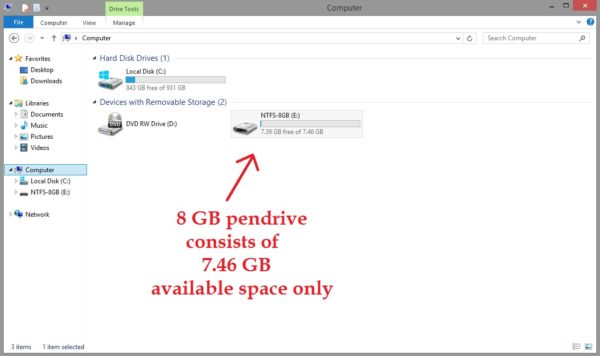 Then where is the remaining 0.54GB? By this time, you might actually be cursing the manufacturer. Now let me explain how are pen drives actually made.

Since school, we have been studying that :

This actually happens in base 2. Calculation of powers is done in the powers of 2. Well, this Kilobyte is actually called a Kibibyte , denoted by KiB (As per IEC Convention). So that means our regular storage conventions would turn into this,

And this is the standard we have been following since, maybe high school. And now let’s get back to the heading of this post. Well, manufacturers follow a different scheme of calculating storage space.

While we have been calculating storage units in the powers of 2, storage manufacturers do it in powers of 10.

This does explain why we lose out on 0.19 GiB, but what about the remaining 0.35 GiB? Well, this space is reserved for data sector and system files for better performance.

As the storage amount (as depicted by the manufacturer) increases our loss increases as well. Here is a comparison table 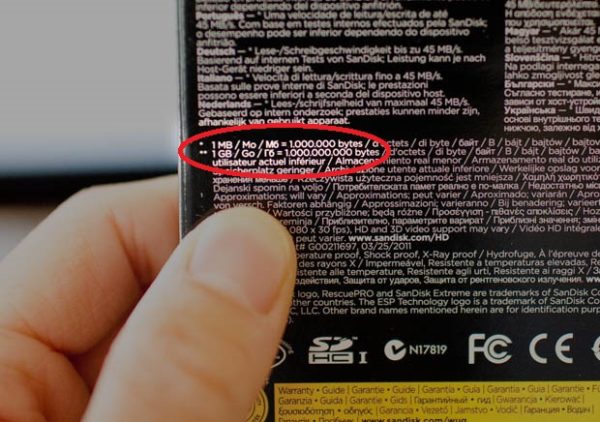 So the next time you freak out on less storage space, do remember that it’s neither the manufacturer or yours