Note: This article is the first of the Series: Cool Spark ML. Other parts are coming soon.

I had taken up a few machine learning courses in my college throughout 2018. Most of the problems there were solved using Python and the necessary libraries - NumPy, Pandas, Scikit-Learn and Matplotlib. With my daily work at IBM now requiring me to use Scala and Spark, I decided to use my free time during the lockdown to try out Spark ML.

Note: All the codes in the Cool Spark ML Series will be available on my GitHub repo

Pandas - a Python library - won’t work every time. It is a single machine tool, so it's constrained by the machine's limits. Moreover, pandas doesn’t have any parallelism built in, which means it uses only one CPU core. You may hit a dead-end on datasets of the size of a few gigabytes. Pandas won't help if you want to work on very big datasets.

We are now in the Big Data era, where gigabytes of data are generated every few seconds. Such datasets will require powerful systems to run even the basic machine learning algorithms. The cost of getting such a powerful system will be huge, as well as the costs to scale them up. With distributed computers, such calculations can be sent to multiple low-end machines, which prevents the cost of getting a single high-end machine.

This is where Spark kicks in. Spark has the concept of DataFrame (now deprecated in favor of Datasets), which behaves very similar to how a Pandas DataFrame would do, including having very similar APIs too. The advantage of using Spark DataFrame is that it was designed from ground-up to support Big Data. Spark can also distribute such DataFrames across multiple machines and collect the calculated results.

The process in KNN is pretty simple. You load your entire dataset first, each of which will have input columns and one output column. This is then split into a training set and a testing set. You then use your training set to train your model, and then use the testing set to predict the output column value by testing it against the model. You then compare the actual and the predicted target values and calculate the accuracy of your model.

We are going to train a model to predict the famous Iris dataset. The Iris Flower Dataset involves predicting the flower species given measurements of iris flowers.

It is a multiclass classification problem. The number of observations for each class is the same. The dataset is small in size with only 150 rows with 4 input variables and 1 output variable.

The 4 features are described as follows:

In this blog post, I will be developing KNN algorithm from scratch. The process to perform KNN can be broken down into 3 easy steps:

Euclidean Distance is calculated as the square root of the sum of the squared differences between the two vectors, as given in the image below:

Where x1 is the first row of data, x2 is the second row of data, and i is a specific index for a column as we sum across all columns. Smaller the value, more similar will be the two rows.

Since we will be reading our data and transforming it using Spark, to compute distances between two Rows in a DataFrame, we write the function below in Scala:

You can see that the function assumes that the last column in each row is an output value which is ignored from the distance calculation.

We can do this by keeping track of the distance for each record in the dataset as a tuple, sort the list of tuples by the distance, and then retrieve the neighbors. The below function does this job in Scala:

The most similar neighbors collected from the training dataset can be used to make predictions. In the case of classification, we can return the most represented output value (Class) among the neighbors.

We would first map the class values to the number of times it appears among the neighbors, then sort the counts in descending order and get the most appeared class value. The below function does exactly that in Scala:

Apply the above concepts to Iris Dataset

We will now apply the concepts above to perform KNN on the Iris Dataset.

First, we have to load the dataset into the program. This is done using the readCsv function I've written below:

We also have to normalize the data we have. This is because KNN is based on distance between records. Unless data is normalized distance will be incorrectly calculated, because different attributes will not contribute to the distance in a uniform way.  Attributes having a larger value range will have an unduly large influence on the distance, because they make greater contribution to the distance. If the dataset requires that some columns be given a greater preference over others, then normalization isn't recommended, but this is not true in the case of the Iris dataset.

We use the Z Score Normalization technique. With this, we subtract the mean of the respective column from each cell, and divide that with the standard deviation of that column. This article describes Data Normalization in good detail.

The following function does our job:

As you can see above, we are filtering out the class value, because we will not be using this value to compute the distance. There's one problem with our approach though, our KNN functions written above assume that the class value will be the last column. In the way we've normalized the data, we are dropping the original column, and adding the normalized column in place. This will push the Class column to the beginning. So, I've written another function which will move the column back to where it should actually be:

We will evaluate our algorithm using K-fold cross-validation with 5 folds. This means that we will have 150/5 = 30 rows per fold. We will use helper functions evaluateAlgorithm() and accuracyMetric() to evaluate the algorithm for cross-validation and calculate the accuracy of our predictions respectively.

Since Spark does not allow any of its operations inside a Spark transformation, we will have to perform a collect() on the Train set and Test set DataFrames every time before passing it to any function. A sample run with k = 3 produces the following output:

Let's go one step further and run our program over different values of k. I'm running it for k from 1 to 10, and here are some results (this may not be the same everytime):

You can find the entire code below:

While Spark ideally shouldn't be used smaller datasets like this, you could apply the same thought process and transform this code to use for some larger datasets, and there you will see the magic of Spark over Pandas.

Inspired heavily from this great article.

How to run Spark 3.0 applications on your GPU 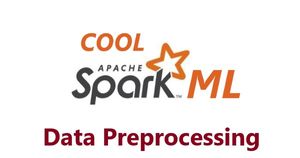 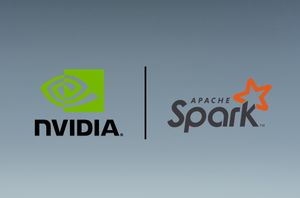 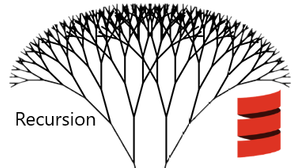 Tail Recursion: Why and How-to Use in Scala 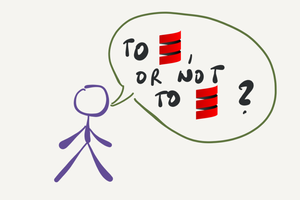